Software applications, or apps, have changed how people do just about everything. We used to call a cab and use paper maps to go somewhere, for example, and now we simply tap the Uber and Google Maps icons on our phones. Apps provide a new way to learn how to cook, dance, invest, socialize, and even play a musical instrument. Apps have changed how we learn new languages too. These apps are successful because they offer benefits and advantages over other approaches to learning.

Advantages of Apps over Traditional Methods of Learning New Languages

Apps have advantages over traditional education tools when it comes to learning a new language. Prior to the digital age, for example, people could only learn languages if they had access to language resources, educators, and courses in their town. Apps allow people to learn a new language anywhere they could get an internet connection.

Choose any language or course

Most brick-and-mortar schools and colleges teach Spanish, German, French, English, and Arabic, but fewer institutes of learning offer Polish, Dutch, Japanese, Vietnamese or Malay. Apps allow you to learn nearly any language spoken on the planet.

Learn at any time

Unlike in-person courses that have a set day and time for classes, apps allow you to learn a new language at any time of day or night. Sticking to a schedule can put you at risk for attending classes when you are tired or stressed out. Using an app lets you study when you have the time and energy for optimal learning.

Go at your own pace

Falling behind the rest of the class is stressful and embarrassing. Perhaps the worst part is that, once you fall behind your classmates, it is difficult to catch up. Getting ahead of the class is also frustrating as you wait for them to catch up. Using an app allows you to learn at your own pace.

Apps offer a variety of ways to learn

Everyone learns a new language in their own way; some people learn by memorizing vocabulary while others absorb more by playing games. Apps provide a wide variety of education techniques to suit almost every learning style.

You can start speaking your new language right away

Many traditional language courses start with history and grammar, whereas language apps typically try to get you speaking the language as soon as possible. Nearly three-fourths of Babbel users say they feel capable of maintaining a small conversation in their new language after just 5 hours instruction on the app.

You can track your progress

Apps can help you track your vocabulary, the amount of time you spend studying, and other information about your learning. Many digital language programs also offer rewards systems to keep you moving forward.

You can learn what is relevant to you

In a traditional classroom environment, everyone learns the same information, whether it interests them or not. This means students have to learn words and grammar rules they may never use – those who just want to learn how to order dinner during their Roman holiday has to learn as much Italian as someone who intends to move there. Apps allow individuals to learn as much or as little of a language as they desire.

Benefits of Using an App to Learn a New Language

Doing coursework on your own schedule allows you to study when you are in the mood. The customizable features of apps also let you learn your way, and at your own pace.

Many apps make a game out of learning, which takes the drudgery out of picking up a new language. Apps feature images, sound and video that are colorful, cheerful, and fast moving, so time goes by quickly.

Everyone needs a little help now and then, especially when it comes to learning a language. iTalki, Rype, Tandem, Preply, Verbling, Live Lingua, and other apps offer online tutors that help you speak the language correctly.

Perhaps the greatest benefit is that apps really work. In a recent study, 85 undergraduates used an app to learn Spanish. Oral proficiency, vocabulary and grammar tests showed the students had learned enough to communicate in Spanish after just 12 weeks.

While using an app is not for everyone, it is a great way for many people to learn a new language without having to sit in a classroom. Whether you prefer iPhone, Android or a different device, you can use an app to start speaking a new language today. 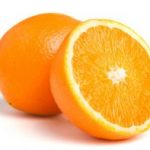 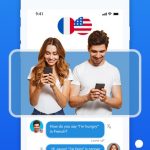 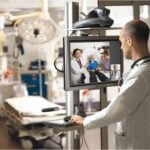 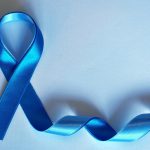 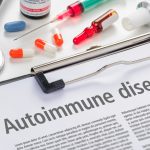