The coronavirus pandemic has changed how Americans do business – it has also affected how we play.

Many organized sports took a hiatus during the spring and summer as players, organizers, public health officials, and fans looked for ways to play safely, and are now trying to squeeze out a fall schedule. For example, soccer is a patchwork of canceled games, limited practices, and normal seasons… at least for now, as COVID-19 flare-ups may dash the dreams of players of all ages.

The decision to play has been especially difficult at the high school level. Most states have canceled high school basketball championships and spring seasons, for example, even before the start of school. Football was a different story, though. Football is a beloved fall tradition and, for pros and amateurs alike, marks the beginning of sports season. The decision whether to nix the fall season has been a controversial and often divisive one – nearly everyone wants football to return, but many wondered how to do it safely.

Twenty-five states had already kicked off their high school football season by September 17, and nine more planned to start their seasons in the fall. By then, a number of states and the District of Columbia said they would push their seasons back to 2021. Colorado had announced they would offer football in both fall and spring. Michigan had reversed their decision twice, moving football from fall to spring on August 14 then moving it back to fall on September 3,2020.

The pandemic has also tripped up recruiting efforts, particularly for high school seniors. High school sport seasons provide athletes with an opportunity to score scholarships that could change the course of their lives. In a typical year, young athletes have several chances to impress college scouts, but 2020 is anything but typical – the pandemic prevents coaches and prospects from traveling to meet in person, and it led to the cancelation of exposure camps normally held in late summer and early autumn.

Fall Sports at the Collegiate Level

On September 22, 2020, the NCAA announced that a number of college sports would hold their 2020 fall championships in the spring of 2021. Sports included are men’s and women’s soccer, men’s and women’s cross-country, women’s volleyball, field hockey, and men’s water polo. They will cap bracket sizes at 75 percent of normal capacity, predetermine championship sites, and reduce the number of preliminary-round sites to support health and safety. While the NCAA has halted most college sports for the fall season, college football goes on. Mid-American Conference (MAC) announced their return on September 25, 2020, which means all 10 Football Bowl Subdivision (FBS) conferences are now competing in the fall. They committed to playing a 6-game conference-only schedule running from November 4th through December 18 or 19, with the MAC championship game. To keep players safe, MAC implemented COVID-19 testing protocols that call for four COVID tests per week, starting October 5. MAC is not allowing general public attendance or tailgating; Conference protocols will guide participation of any Marching Bands, Dance, Cheer and Spirit Squads at football games according to institutional discretion and public health guidance. MAC’s announcement cited the availability of COVID-19 tests and the quick turnaround time of test results across the Conference as leading to the decision to play.

Big Ten recently announced it would start its season on October 24, 2020, prompting 90 teams to attempt playing a full schedule this fall. The ACC, Big 12 and SEC as the Power 5 conferences will also try to play this fall, as will the American, Conference USA and Sun Belt.

Pro Sports During the Pandemic

Professional football is on in full force this fall, with the NFL planning to play a complete schedule. Just one year after celebrating the NFL’s 100th season in grand fashion, this year will feature mostly empty stadiums and canned cheers, officials and coaches in masks, the wearing of tracking devices for contact tracing, daily testing, socially distant meetings, and other protocols to keep fans and players safe. Players who test positive are placed on the reserve/COVID list. On September 26, Atlanta Falcons cornerback A.J. Terrell became the first player to be sidelined after a positive COVID-19 test.

It is hard to know how the pandemic will affect athletes and fans as we move from autumn to winter, but rest assured, the world of sports may never be the same. 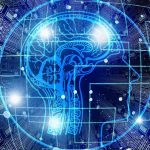 AI in Healthcare: Putting 2020 into Focus Artificial intelligence (AI) will play a major role in healthcare in 2020. While AI is still in its infancy, the revolutionary technology has already blazed new trails in diagnosing conditions and software for the management of medical records. In the next year and in the near future, AI […] 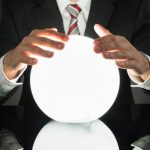 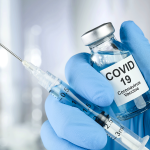 Covid-19: The Race for a Vaccine The race to save lives has begun. Scientists around the world are speeding to develop a vaccine for COVID-19, a disease that has claimed the lives of more than half a million lives worldwide, and sickened millions of others. Vaccine development usually takes 10 to 15 years, and the long, involved process […] 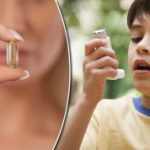